Bulmar Stud was established in 2013 by Izak (Bully) and Marisa Malherbe breeding Dorpers since 2013 and Ultra Whites since 2017. 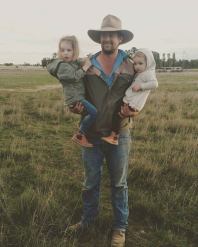 Bulmar is located in the Central West of New South Wales. Since been establish Bulmar has been able to maximise the potential in breeding animals, putting economical values before fancy points and producing meat breeds that are both profitable and sustainable.

Bulmar has been able to produce durable rams that will improve any prime lamb farming enterprise.

Producing quality animals, that are structurally sound and that adapt to the harsh and hardy conditions of their environment has been the focus at Bulmar Stud.

At Bulmar a ewe is half a lamb, but a ram half the flock.